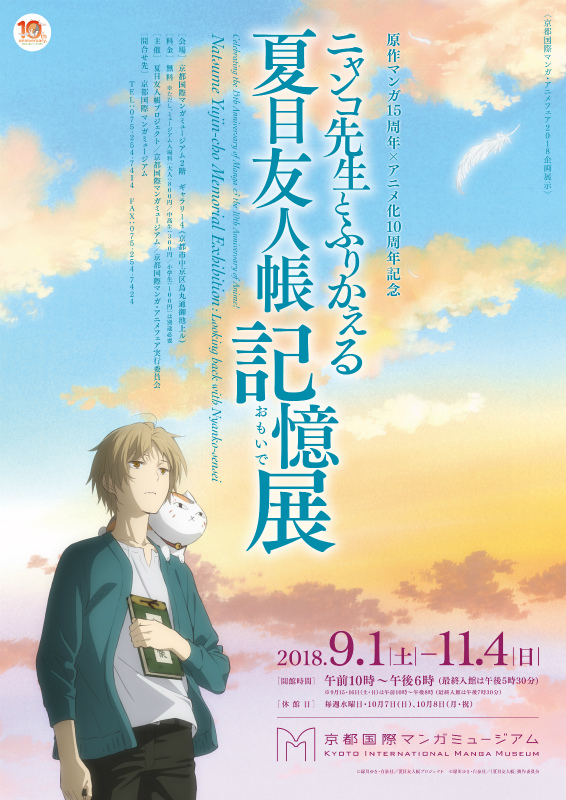 The Kyoto International Manga Museum is pleased to present an exhibition in conjunction with the Kyoto International Manga Anime Fair 2018 (also known as KYOMAF), celebrating Natsume Yujin-cho, on the anniversary of its inception 15 years ago in manga format and 10 years ago as an anime. The exhibition will feature production materials from the television anime series as well as the animated theatrical film, Natsume Yujin-cho: Utsusemi ni Musubu, to be released on the 29th of September.

We will look back on Natsume Yujin-cho by dividing the exhibition into the following 4 chapters.

Showing the road from manga to anime. This section will include comments by the original author Midorikawa Yuki and director Omori Takahiro, and will exhibit screenplays, storyboards and original artwork, as well as signed autographs by Kamiya Hiroshi (voice of Natsume Takashi) and Inoue Kazuhiko (voice of Madara/Nyanko-sensei)

In addition to comments from director Omori, this section will exhibit the original Book of Friends volumes in which the names of spirits have been written (approx. 5, handwritten), design materials for the spirit characters (about 10), the actual pressed flowers that appeared on the anime title screens, as well as background images and production materials from the anime.

Recommended TV episodes by the staff who worked on the series are introduced along with comments by author Midorikawa Yuki and director Omori Takahiro.

Exhibits in this section include production materials (approx. 20) from the animated film which will be released in theaters on the 29th of September 2018; accompanied by a film corner screening the TV anime and an introduction video for the movie. 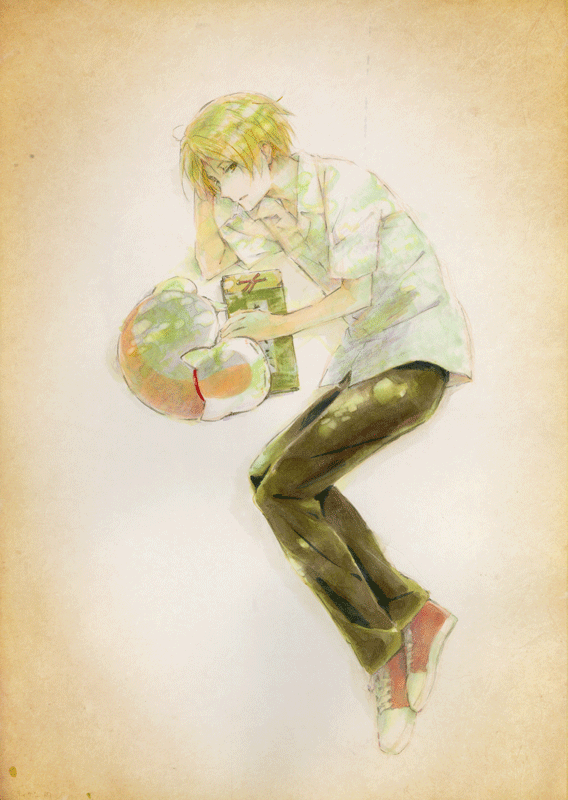 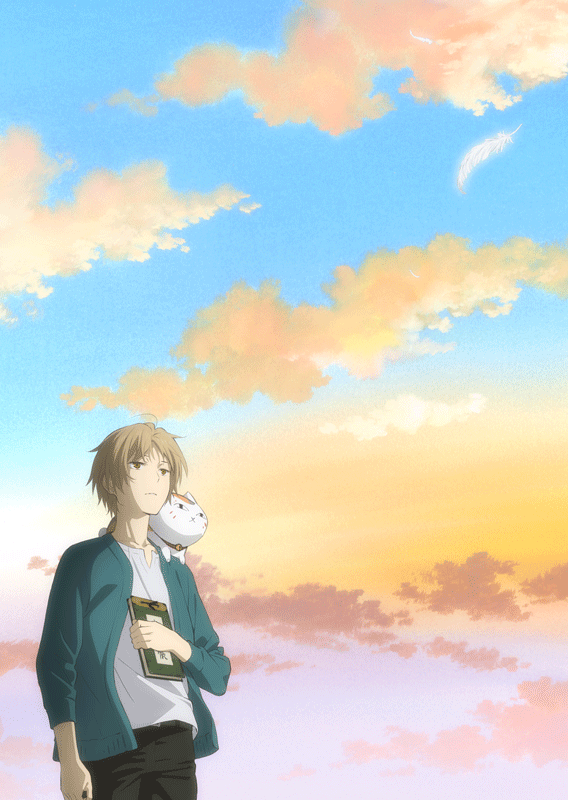 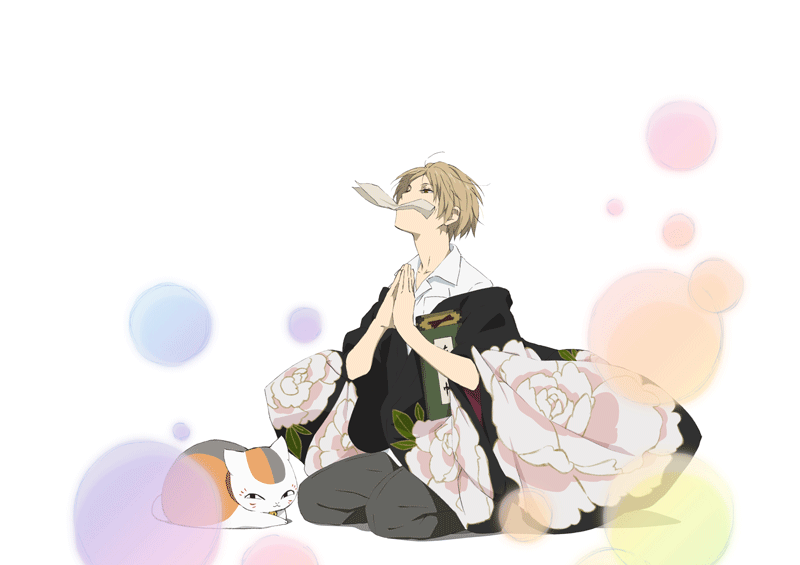 About Natsume Yujin-cho (book of friends)
Natsume Takashi is a boy who has had the ability to see spirits since childhood. One day, he inherits his grandmother Reiko’s ‘book of friends’. The ‘book of friends’ is a bundle of contracts that lists the names of spirits his grandmother has defeated, which allows the holder of the book to enslave the famous spirits inscribed within. Takashi finds himself the target of the spirits, yet together with Nyanko-sensei, who takes it upon himself to act as the boy’s bodyguard, he spends his days busily returning their names to break the contracts…

Manga artist Midorikawa Yuki first published this popular manga in LaLa DX magazine (published by Hakusensha), in 2003 as non-continuing story. In 2007 it then started serialization in LaLa (also by Hakusensha) where it is still serialized today. The first TV anime adaptation began broadcasting in 2008, with 6 seasons between then and 2017. The series will culminate in a theatrical release to appear in cinemas in autumn of this year.

About Kyoto International Manga Anime Fair
This is Western Japan’s largest manga and anime trade fair. Main exhibitors include various businesses and organizations, which aim to spread and boost the manga and anime industry and educational institutions. Each booth features a display of popular manga and anime series, many events, PR activities for brand-new collections, and special goods sales.