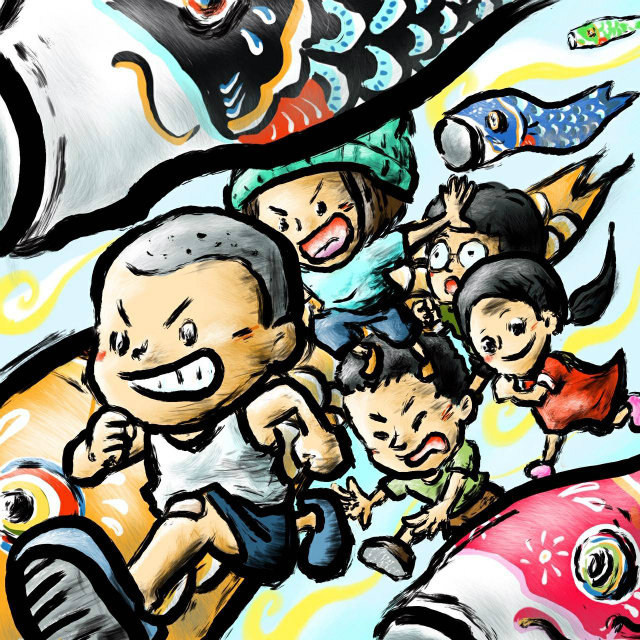 Childhood memory is what all people have.
Sometimes adults yearn for that days and say

“how wonderful that days were….”

It seems that mankind is a creature to admire each of their past as getting older.
Children, on the other hand, don’t care of adults’ past.
I don’t want children to listen to it fully, but as just a some kind of grumbling.
Even some become hard to see, I believe that important things won’t disappear so easily. It is inevitable as long as mankind take other’s lives as foods and poop, and laugh with somebody.
I’d like to be an adult who can tell “here’s the time you guys and girls can live and enjoy your lives as much as you want!” to children with confidence.

Nostalgic and modern, and go beyond the future. We, Yassan-ichiza, keep creating that kind of Kamishibai.
Kamishibai started in Showa-era, rode on the flow of Heisei-era, and ready for the upcoming era, Reiwa.
Wishing the new era be the time that adults and children can be who they really are confidently.