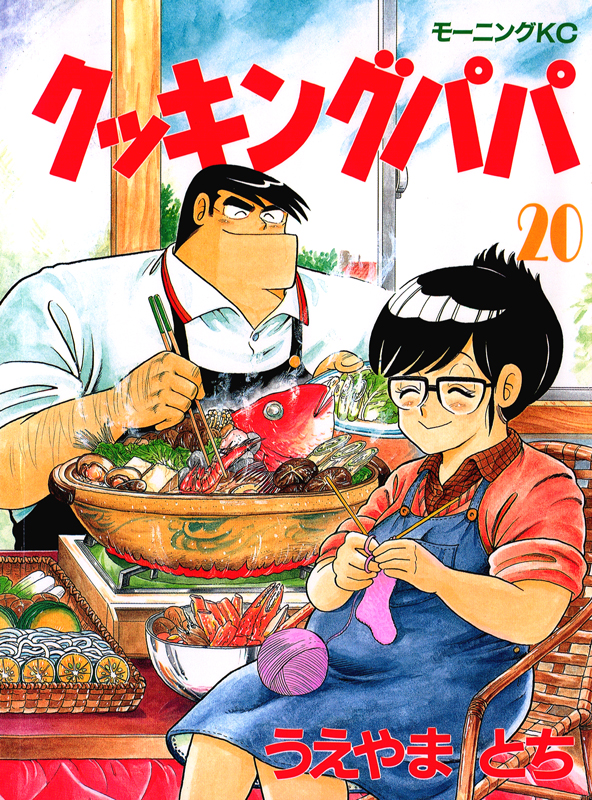 We are going to hold a talk show event with Ueyama Tochi, the author of “Cooking Papa”, a famous manga about cooking.
Ueyama will not only be talking, but also cooking during the event to help people enjoy manga with all five of their senses: seeing, listening, smelling, tasting and touching.

This time, the themes of the event are “pregnancy and giving birth” and dishes for pregnant women will be presented.

*This event will be held in Japanese.

The serialization of “Cooking Papa” started in 1985 and this year, its 150th volume has been released. In the last part of the 150th volume, the author, Ueyama Tochi says “many people had wondered why the male character in my manga usually cooks when the series started. However, nowadays, everyone thinks that men should work on chores and raising kids as women do.” It might be no exaggeration to say that Reiwa* is the era of all the cooking papas.
With this background, at the 11th “Manga Cooking” event, we would like to focus on “pregnancy and giving birth”. The author will cook and teach how to make dishes that have been introduced in the manga, tailored to pregnant women. After that, you can also taste some of the dishes! We welcome both fans of the manga and families with pregnant women.

Menu for the event-

★“Surprisingly delicious and good for health!! Vegetable soup”(from the 22nd volume)
Perfect for pregnant women and also for baby food. It has a lot of vitamins and does not take too long to cook since the ingredients are all vegetables.

★ “Canapé with all of your favorites as much as you want”
(from the 42th volume)
Overcome tough morning sickness with Canapé that you can make quickly with your favorite things!

★ “Amaku atsui” Katsuyo style red bean cake”
(from the 97th volume)
Sweets for people who are going to be daddies.

*Not all of the dishes can be tasted.

After the event, a signing session of the author will be held.

*For the signing session, numbered tickets will be distributed to the first 50 people who purchase related products from the museum shop on the day.
*It is not allowed to get the author’s signature on other things besides the book that you purchased at the museum shop.