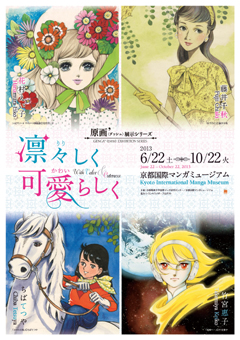 Under the supervision of Keiko Takemiya
The Genga' (Dash) Exhibition Series

With valor and cuteness

With the dual aim of preserving and exhibiting original art at risk of fading, the Genga' (Dash) project has developed elaborate replication techniques. Due to the implementation of this project, it is now possible for many more people to see these works in detail. The project is under supervision of manga artist and Kyoto Seika University Faculty of Manga professor Keiko Takemiya, and undertaken in cooperation with Kyoto Seika University International Manga Research Center.

All four of these artists were greatly admired by readers during their most productive periods, and we hope you enjoy their brave and cute protagonists.

Genga' (Dash) are very elaborate reproductions of original manga art, scanned into a computer and repeatedly color-adjusted in print until they looked indistinguishable from the original. Everything subtle detail, from the shades of the lines to the light of the colors, is adjusted until it is impossible to see a difference between the original and the reproduction. Kyoto Seika University Faculty of Manga professor, and manga artist Keiko Takemiya, author of famous works like "A Song of Wind and Trees" and "To the Terra", is the project leader, and together with the team has developed techniques that make it possible to exhibit delicate works in danger of fading or getting damaged or lost. The project started at Kyoto Seika University in 2001, and is now done in collaboration with Kyoto Seika University International Manga Research Center. 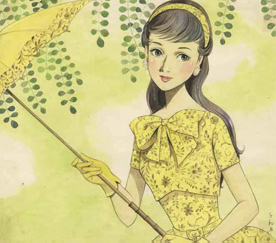 Born in Gifu prefecture, raised in Kyoto. He enrolled in Kyoto Fine Arts School（now Kyoto City University of Arts）in 1941. Later he debuted as an illustrator affiliated with the magazine Shojo no Tomo, and became an overnight success. After he started working freelance, most of his work was published in Jogakusei no Tomo. A lot of items for every day use, like handkerchiefs, scarves, and stationary, were made with his signature "Chiaki prints". he also illustrated many fairy tales. He is called "the last lyrical illustrator", drawing beautiful girls after the war. 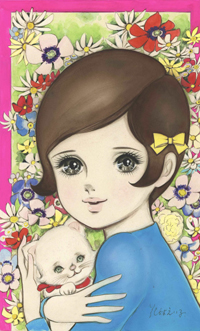 Born in Saitama prefecture. In 1959, she submitted her story "The purple fairy" to the magazine Niji, and was able to debut. In 1966, her story "The girl in the mist" got serialized in Weekly Margaret, and was later turned into a live action TV series, becoming a big hit. Later, she started working for women's magazines, and drew long running historical manga. In 2007, she was awarded at the Société Nationale des Beaux-Arts Exhibition in Paris.  During the same exhibition, she was the first Japanese artist who was able to hold a special exhibition with the society, and the first Japanese artist to become a full member. 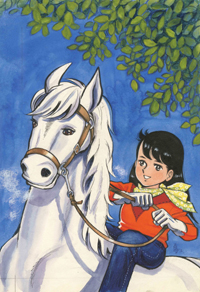 Born in Tokyo. In 1950 he joined in making the manga fanzine Manga Club. His professional debut was in 1956. In 1968, his story "Ashita no Joe", serialized in Weekly Shonen Magazine, become a huge hit and a societal phenomenon. He was awarded the Kodansha Children's Manga Prize in 1962 for "1, 2, 3, 4, 5, rock", the Minister of Culture Award for his collected works in 2001, and many more. At present he teached at Bunsei University of Art, and is also President of the Japanese Cartoonists' Association. 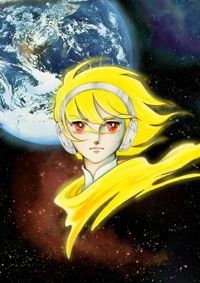 Born in Tokushima prefecture. In 1967 she won COM magazine's New Comer of the Month Prize, and the next year debuted professionally with "Sin of the apple" in Weekly Margaret Supplement. As a member of The Magnificent 49'ers (named after their birth year), she became a leader in girls manga for a new generation, and in 1979 won the Shogakukan Manga Award for her two works "A song of wind and trees" and "To the Tera". At present, she teaches at Kyoto Seika University to raise a new generation of manga artists.